A downloadable game for Windows

Miasma Caves is an explorative action-adventure featuring Lesath, a determined draconid set on saving her village, Radiant Ridge, by venturing into the local cave system to find the source of the dangerous Miasma. There are many secrets hidden in the caves, including artifacts and treasures that you can appraise to learn more about the lore, as well as secret areas to discover and explore. After a day of adventuring, you’ll bring your treasures back to town to sell so you can resupply, upgrade the village, and catch up with the locals before you head back into the depths to learn the secrets of a place long forgotten!

Miasma Caves is a single-player treasure hunting game focused on exploration through randomly generated voxel cave systems. The gameplay focuses on searching for treasures that hold lore and jokes within the cave to fund future expeditions,upgrade the town, and discover the secrets of the Miasma. The caves contain many different secrets and treasures as well as creatures. All the dangers in Miasma Caves are environmental, including cave-ins, poison gases, and time itself.

In order to download this game you must purchase it at or above the minimum price of $19.99 USD. Your purchase comes with a Steam key. You will get access to the following files:

I just picked this up on Steam, and for some reason, it won't save my mouse sensitivity settings. It saves everything else when I change options, but both sensitivity sliders always return to the default position. Anyone know how to fix this?

I like it, I enjoy the exploration and non-violence, it's like the bits of minecraft I most enjoy combined with some cute characters.

The first point is probably the biggest thing which impacts my enjoyment of the game, but otherwise it's really good! It's very chill and neat

Neat game, the loop was neat and I enjoyed my play :)

For the nitpicks, I wish there was a mode without miasma after game completion. Also, the quests didn't seem to line up with game play I wasn't able to complete more than 2 quests (couldn't find the last one either), which seemed related to needing to find items that randomly appear. I wish you could somehow focus on quests, I just felt like you just luck into completing them.

Thanks for playing and the feedback :)

We are playing with the idea of giving quest items guaranteed spawns in Lost Lands, which should make that easier while still making it a hunt to find.

even if I couldn't download your game, because I still have to update my PC and I'm not sure if your game can run on my PC now, I notice a very interesting game design, a splendid girl-protagonist and an image, that I presume it is of the game ending, great!

Just finished this (unless there's more after the credits?), had a blast with it! The cave exploration, treasure gathering, etc. loop was deeply satisfying. A few bugs here and there mostly with respect to physics, but easy to overlook.

Thanks for playing, glad you had fun :) After the credits if your a completionist there's filling up the catalog of the Lost Lands and Treasures.

I have grown strangely obsessed with this game. I feel it's stylistically harmonious to a considerable degree; it favourably reminds me of the style 3D console games had 20 years ago, except designed with more modern technology. The soundtrack especially feels super refreshing yet nostalgic.

I really enjoy digging up stuff and investigating artifacts for lore, but also just exploring and observing critters without having to worry about hunting them or being hunted. Can't wait to get a bigger backpack.

I have some slight stability issues; usually when I continue the game from the cave mouth and immediately enter, it crashes the following minute or so. (But if I start the game again after, it spawns me in the cave and all is well, so I've just been doing that...)

Once I managed to glitch through a cave wall into the backface of the level (I'm an incessant jumper) and had to sit it out until I fainted and the cave reset. Good thing that happened very early, so I wasn't attached to that layout. Haven't had that problem since, though.

I'll probably be coming back. It's rare to have this type of game avoid the typical fight-or-flight mechanics of stabbing monsters. :)

Thank you for the kind words, we're really happy you've been enjoying the game :)

We will look into those stability issues you are having, I'm glad they haven't gotten in the way of your enjoyment.

The image isn't loading. Where did you get stuck at?

Oh. When  I got my first rope, I somehow accidentally managed to throw it to the upper level where I was supposed to get to by climbing it, and it deployed up there to the ceiling. I have no idea of how I even did that, haha.

If you back up to where Flicker is sitting another rope should appear at the base of the cliff. The easiest way to use ropes is to put it in the hotbar or right click it in your inventory.

Oh I would so dearly like to enjoy this game... Unfortunately it too often comes across as cruel and capricious. Early-game blues, trying to get enough salvage together to pay for consumables? In the darkness ahead of you, a slime consumes it and pretty much sets of fireworks to make sure that you *know* that it has consumed something. Having trouble with the early game because the ceiling keeps falling on you and you don't know why? Well if you find the necessary item or can afford the torches, you'll see that there's a particle effect from the ceiling marking areas that will collapse (and yes, it will only collapse when you walk under it). Finally getting to grips with the game and using markers to keep on track? Did you know that you can pick them up (sometimes), slimes can eat them, or birds can carry them away?

And if you're finally getting somewhere having learned all of that the hard way, there's no-dig zones that spawn and sometimes they spawn with a thin vertical gap between them and the surrounding terrain. That you can fall into. You can't dig into the space you know is beyond because it's nondestructible terrain. Digging back up to the tunnel you fell in from will cause rocks to fall on your head and kill you. Eeeeeh. Sigh.

Hello. Sorry you're not enjoying yourself. It's been a hard balance between making things being too hard or being trivial. Early game torches are the most important items, and if you faint in the cave a free torch should be waiting for you at the town fountain. The slime sparkles are to warn you before it eats something, so if you hear it you should have enough time to run over and get the item before it is eaten.  The cave-ins need to wait for the player to be near, otherwise they would never be a threat. If you see where one is, with a little practice you should be able to trigger one and get back to safety before the rocks get to the floor.

The no-dig zones are special areas with good treasures hidden with-in. There should not be any gap between the surrounding terrain and them, we are looking into what is causing this. Let us know if you have any other issues or if there would be something that would make it more enjoyable.

started playing this and thought 'oh, i don't know what i was expecting but this isn't it ... well, i'll give it a shot anyway'

that was, uh, six hours ago.

it's simple but i kinda really like it for that! i'm a sucker for games where you Dig In The Ground but this is just cute and neat. and i want to mention how great the clothing design is because i can feel the love you put into the tail-friendly pants

i feel like cave ins happen SO much though. sometimes even when it doesn't make sense... oh well!

Thank you :) We're glad you're enjoying it. We did have a lot of fun with the character designs and making sure the clothes worked for having tails. The cave-ins might be a bit too often but we wanted people to be cautious as they explore.

Hello!  I got this game in the bundle and was looking forward to checking it out but it is not particularly friendly with my resolution (3440x1440) I was just curious if you were considering adding support for more resolutions?

Hello, we don't currently have plans for supporting more resolutions.

You could always  change your screen resolution temporarily to accommodate the game, just right click on your desktop, click on display settings, the scroll down to display settings. I know this is  'maybe' a little inconvenient, especially if you don't use one of those programs that keeps a memory of where your  desktop icons are placed as  sometimes changing resolutions can upset the arrangement.

The following  links  may help:

p.s. please don't take the above as a condescending reply.   I was just trying to help. I'm also sure there are convenient freeware programs that can help with  resolution changes.

Hey Whiterabbit, I didn't take it as condescending at all, I actually wasn't aware you could fix the aspect ratio problem with wider monitors.  I've only just recently gotten an ultrawide so I'm not familiar with all of the workarounds just yet.  Thank you for the info!  I'm definitely gonna give the game another try now.

Hi,  hope you figured it okay.   I sometimes change my  resolution when playing older games that  only play in a window. The lower the resolution, the  bigger the window becomes.   Take care and stay safe in these uncertain times.

If you ever want to  link up  game wise you can find my Steam  profile  via the following link:

I don't check my friends requests often.  If you do send a request, let me know via this thread as well;  as I get notifications   when  a reply to a thread is made.  Also let me know your Steam name as I have  around 50 pending  requests (most  send request because they want something from my Steam inventory;  I tend to only accept friends request from  community members who have friends in common, unless I've specifically invited   people.  :) 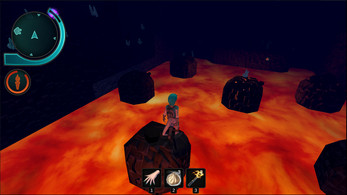 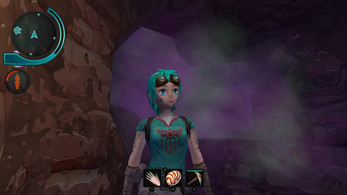 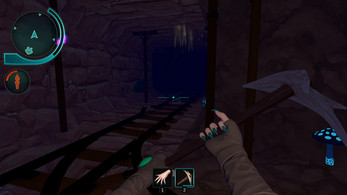 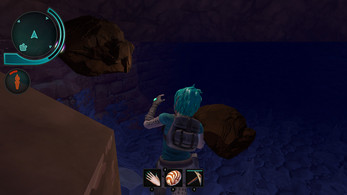 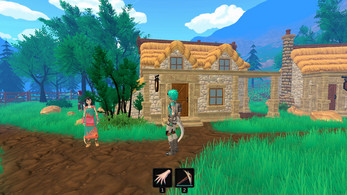